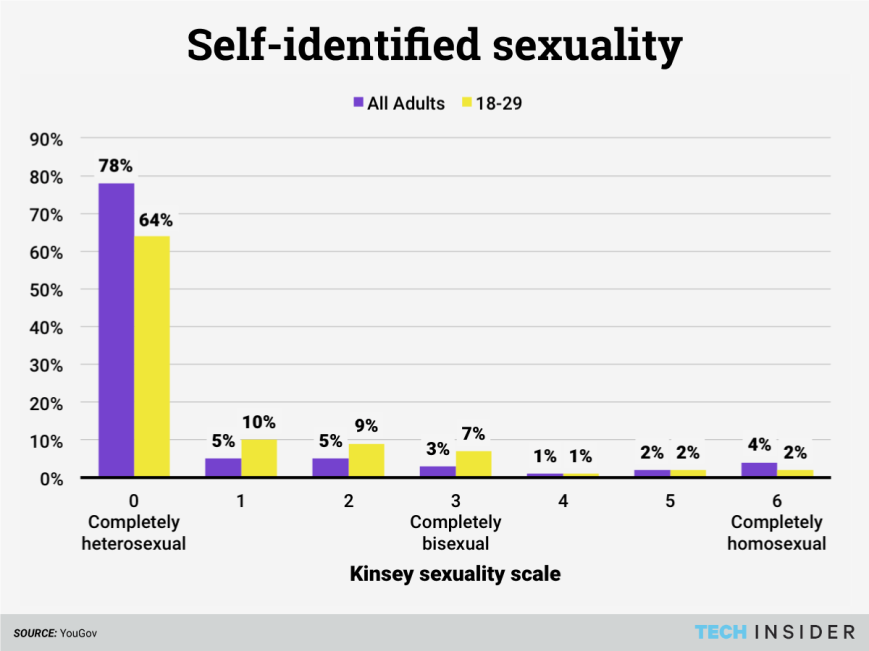 So I have been discussing with some friends recently, the idea that sexuality is on a continuum a bit like personality traits are. Let me explain: the church thinks that to practice homosexuality is a sin (but hopefully it will change its mind on this soon); and psychologists think that you should be whoever you are supposed to be and that it is not good to repress your nature (fortunately homosexuality is no longer classed as a mental illness in the DSM.)  However is it really as black and white as that? As a CBT therapist I discourage black and white thinking in my clients as it is rarely helpful.There are always the grey areas in-between and that is not the same as sitting on the fence! In the area of sexuality some would even claim that everyone is bisexual and we simply make choices based on the people we like. However if you look at the scale above (based on self-reports in the USA) sexuality does seem to be on a continuum with a bias towards being heterosexual; and it seems that young people are embracing that more so.

Unfortunately people scoring one/two on this scale may try to hide the fact that they are not completely heterosexual and then  in doing so this may cause cognitive dissonance and then possibly homophobia. Looking at this graph though does ratify why the LGBT communities use the rainbow as their symbol.